Hullabaloo – The Perth Lindy Exchange is a 4 day celebration of swing dancing held locally each ANZAC long weekend. It is organised by the Perth Swing Dance Society and has been one of the biggest events on the Australian swing calendar since 2004.

Hullabaloo always includes a wide variety of events with plenty of social dancing, swing dance workshops with international and Australian instructors, live swing bands at most events held in of Perth’s most beautiful halls, late night dancing, a vintage-themed swing ball, dance contests and a friendly atmosphere that typically attracts up to 250 local, interstate and overseas dancers. The Australian Hellzapoppin’ Prize has also been included in the program twice.

In 2013 the PSDS ran the 10th Hullabaloo, and it was our biggest ever! The entire Harlem Hotshots team of 9 dancers from Sweden were on the teaching bill, as well as over 350 attendees, 10 social events (including Hellzapoppin’ 2013) and 10 live bands were asked to perform. It was an incredible 5 days and nights that attracted Lindy Hoppers from all over Australia and overseas. 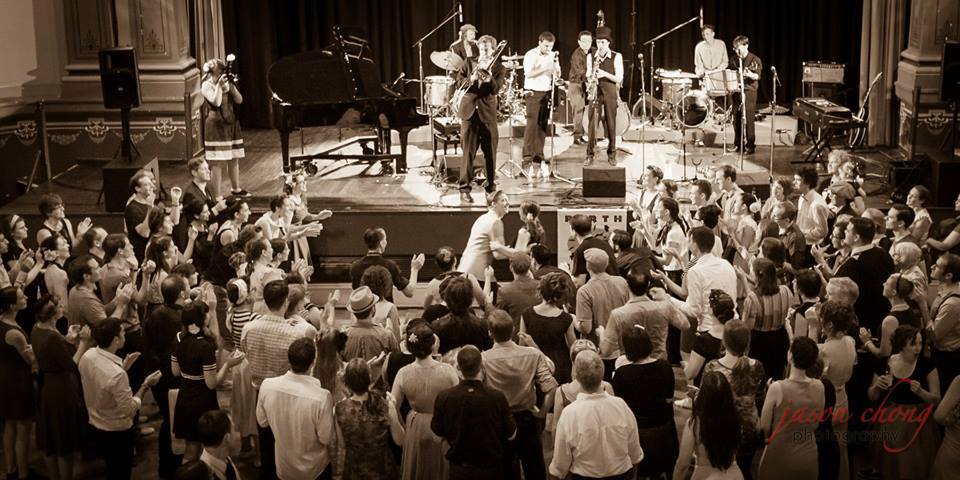 It was decided by the 2003-04 PSDS committee that the Perth swing dance scene would be big enough to accommodate a Lindy Exchange. By this time the PSDS had also raised enough money through it’s events to fund such a huge undertaking. By 2004 many PSDS committee members (and Perth Lindy Hoppers in general) had travelled to other Lindy exchanges both interstate and overseas. Attending these events helped the committee form an idea of what they did and did not want Hullabaloo to be, and how they would going about making it unique from other exchanges.

The committee did not want to call the event ‘PLX’ so the final name was borrowed from our performance team; ‘The Hullabaloo Hoppers’. The committee at that time thought the word ‘Hullabaloo’ (which means to cause a ruckus), described the feeling that we wanted for our event perfectly. Coincidently, it was also the name of a swing song from the 1930s.

The first Hullabaloo (held in April 2004) was a great success with Perth swing dancers and also attracted many interstate guests. The event has gone from strength to strength every year since. Many of the original inclusions (e.g. the Jack and Jill, formal ball and the Hullabaloo Hop) have remained an integral part of the event every year and are very unique to Hullabaloo. 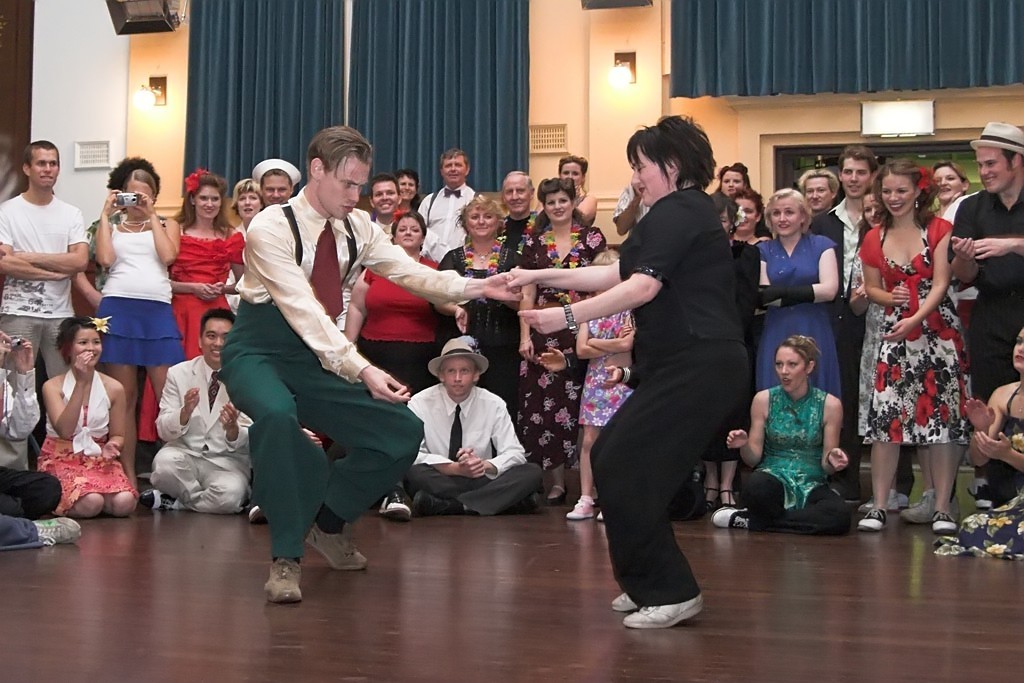 The PSDS is very proud of Hullabaloo and excited that they are able to organise such a wonderful event for Perth dancers every year. Like the PSDS, Hullabaloo is organised and run by a committee of volunteer dancers.