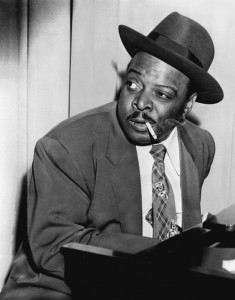 The music, its origins, and who’s who…

“…Although Swing music largely began when Louis Armstrong joined Fletcher Henderson’s Orchestra in 1924 and Don Redman began writing arrangements for the band that echoed the cornetist’s relaxed phrases, the swing era officially started in 1935 when Benny Goodman’s Orchestra caught on. Swing was a major force in American popular music until the big-band era largely ended in 1946… “

All Music Guide – Swing
This is probably the most comprehensive CD guide on the web, including complete reviews, discographies and audio samples.

Jazz – A Film by Ken Burns – Biographies
Dive into the artist bios to learn about the lives of nearly 100 premiere artists in the field of Jazz music. From the PBS documentary series.

8tracks
8tracks radio is a free music streaming for any time, place, or mood with over 4000 free swing music playlists.

SwingMusic.Net
Here you will find a brief background of the history of jazz and the evolution of big band music plus artist biographies, links, recording information, historic jazz magazine articles and photos, and references to some of the best re-mastered, vintage jazz on CD.

Yehoodi
Yehoodi is one of the last major lindy hop discussion forums. It also has podcasts, Yehoodi Radio, a lindy hop event calendar, and featured articles.

Red Hot Jazz Archive
A multimedia history of jazz with a focus on hot jazz before 1930. Study and enjoy the music of the early Jazzmen.

Some of the most iconic clips of swing dancing from back in the day.

Free online docs and clips about swing music and dancing. 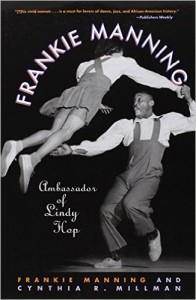 In the early days of swing dancing, Frankie Manning stood out for his moves and his innovative routines; he created the “air step” in the Lindy hop, a dance that took the U.S. and then the world by storm. In this fascinating autobiography, the choreographer and Tony Award winner (Black and Blue) Frankie Manning recalls how his first years of dancing as a teenager at Harlem’s Savoy Ballroom led to his becoming chief choreographer and a lead dancer for “Whitey’s Lindy Hoppers,” a group that appeared on Broadway, in Hollywood musicals, and on stages around the globe. Manning brings the Swing Era vividly back to life with his recollections of the crowded ballrooms, and of Lindy hoppers trying to outdo each other in spectacular performances. His memories of the many headliners and film stars, as well as uncelebrated dancers with whom he shared the stage, create a unique portrait of an era in which African American performers enjoyed the spotlight if not a star’s prerogatives and salary.

With co-author Cynthia R. Millman, Manning traces the evolution of swing dancing from its early days in Harlem through the post-World War II period, until it was eclipsed by rock ‘n’ roll and then disco. When swing made a comeback, Manning’s 30-year hiatus ended. He had been performing, choreographing, and teaching ever since.

Swingin’ At The Savoy: The Memoir of a Jazz Dancer 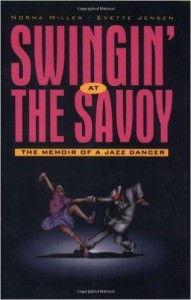 In this volume, dancer, award-winning choreographer, show producer, stand-up comedienne, TV/film actress and author Norma Miller shares her historical memoir of Harlem’s legendary Savoy Ballroom and the phenomenal music and dance craze that spread the power of swing across the world. A dance contest winner by the age of 14, Norma Miller became a member of Herbert White’s Lindy Hoppers and a celebrated Savoy Ballroom Lindy Hop champion. This memoir chronicles a significant period in American cultural history and race relations, as it glorifies the home of Lindy Hop and the birthplace of memorable dance hall fads. Miller shares anecdotes about her youthful encounters with many of the greatest jazz legends in music history, including Ella Fitzgerald, Count Basie, Benny Goodman, Billie Holiday, Artie Shaw, Duke Ellington, Ethel Waters, and even boxer Joe Louis.

Alive and Kicking
by Magnolia Pictures

Alive and Kicking showcases the dynamic culture and cathartic power of swing dancing from its historic origins to its impact today. Boiled down to its core, swing dancing is the pursuit of happiness. The film follows professionals and enthusiasts as they find joy through dance, giving an insiders view to the exhilarating world of swing. 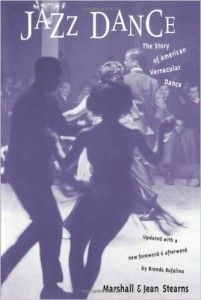 Jazz Dance: The Story of American Vernacular Dance
by Marshall and Jean Stearns

Jazz is undeniably an American art form. Marshall & Jean Stearns bring us Jazz Dance: The Story of the American Vernacular Dance. This book is literally the bible of American dancing that is performed to jazz music – jazz dance. The subtitle of the book is an important characteristic of the entire book – American Vernacular Dance – meaning the native and homegrown dance of the country.

Jazz – A Film by Ken Burns 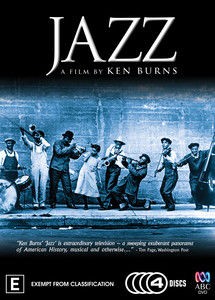 Ten episode series about the history of jazz music in the United States, from its origins at the turn of the 20th century to the present day. A must have for all jazz and swing lovers.

Written by one of jazz journalism’s best and most knowledgeable critics, this book explores the full swing spectrum from its origins in the 1920s through its current retro resurgence. Features intriguing capsule biographies of 400 of the best musicians, from classic artists like Duke Ellington and Benny Goodman to retro swingers such as the Brian Setzer Orchestra and Lavay Smith and the Red Hot Skillet Lickers, with each artist’s most notable CDs reviewed and rated, plus info on film appearances, books, and hard-to-find recordings. Includes insightful essays that explore this music’s cultural impact, fun photos and swing memorabilia.

The Spirit Moves: A History of Black Social 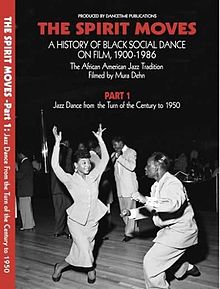 Dance on Film, 1900–1986
Documentary film by Mura Dehn chronicling the evolution of African-American social dance throughout most of the 20th century. In its original form it consists of nearly six hours of rare archival footage shot over the course of thirty years.

Explore the origins of swing dance.

Welcome to the Savoy
A comprehensive tribute to the famous Harlem ballroom, bringing it back to life. One of the project team is Perth dancer Sharon Davis.

Lindy Hop History
An easy to read history of the Lindy Hop and a website from the early days of the swing revival.

Frankie Manning
Although legendary Lindy hopper Frankie Manning passed away in 2009, his spirit lives on in the hearts and feet of swing dancers around the world.

Drop Me Off in Harlem
Explore Harlem, New York at the time of Lindy Hop’s birth.

Balboa History
A resource for Balboa dancers. History of the Balboa, videos & photos.

Swing Dancing in NZ and Oz
An amazing Facebook resource of events run by NZ dancer and founder of one the first swing schools of the swing revival in Australia – Room Bloom.

WhatStep
An App developed by local dancer Roger Schmidlin. Record your own video clips right after class or workshops to remember dance moves your learned and much more.

SwingPlanit
SwingPlanIt is the most comprehensive guide to swing dance festivals on the planet! You can even add your own local events to the guide.

Retro Music Box
A contemporary Perth entertainment agency that specialises in booking bands, singers and DJs with a retro and vintage inspired theme.