The Hullabaloo Hoppers were an integral part of the Perth swing scene for over 15 years, delivering hundreds of performances around the city. Team highlights included dancing live on Telethon many times, performing at Oz Concert in front of 30,000 people, dancing at various charity gigs, appearing as dancing extras in ABC’s mini-series; ‘The Shark Net’ and regularly performing at their namesake, Perth’s Hullabaloo. The entire team even had the honour of performing at the Melbourne Lindy Exchange in 2004 and many of Perth’s long time swing dancers and teachers were part of the team at one time or another over the years. 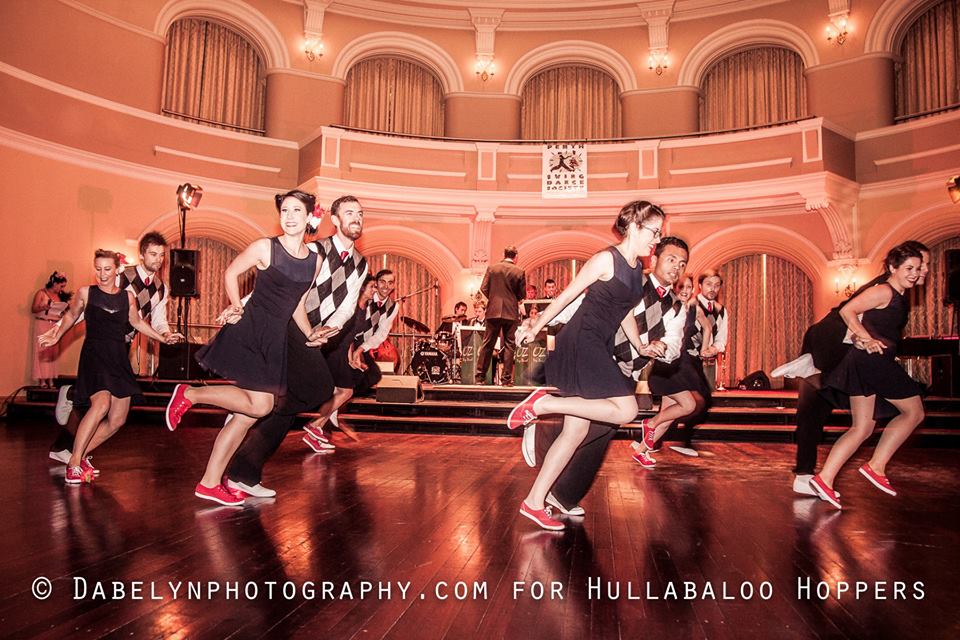